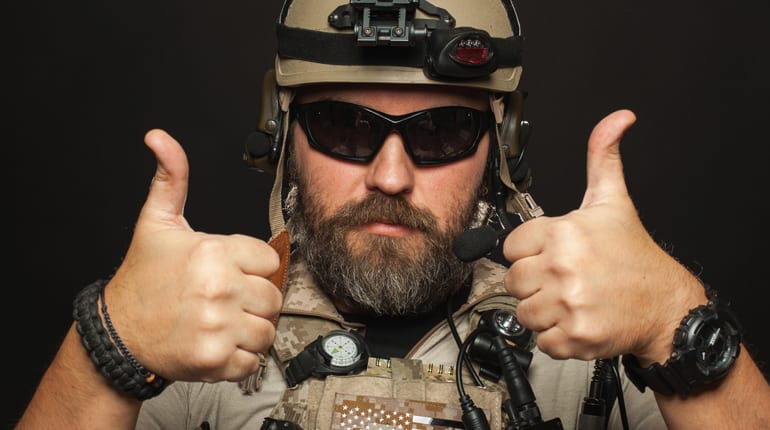 Airsoft is a modern combat simulation sport that has been around for more than 30 years. Players eliminate opponents or practice hitting targets with plastic airsoft pellets that are launched from different types of airsoft weapons. Airsoft weapons are usually designed to closely replicate the look of real firearms. Tactical gear and other accessories used by modern military and police organizations are also popular in this highly competitive and demanding sport.

Combat situations on the battlefield often involve the use of common military tactics to achieve the objectives set in each game. Participants typically use varying types of weaponry designed as replicas of real firearms, tactical gear, and accessories used by modern military and police organizations.

THE HISTORY OF AIRSOFT

Laws against privately owning real firearms in Japan prompted gun enthusiasts to find a suitable alternative. Airsoft first started in Japan during the late 1970’s to provide this alternative. As a result, early gun manufacturers focused on producing highly detailed replicas of real firearms. The industry’s attention to detail and concentration on realism transpired into gameplay as well. Many airsoft players use actual military tactics and set up real military scenarios. Military simulation or MilSim events combine military tactics, scenarios, and role-playing to replicate an actual battle scene as accurately as possible.

Airsoft spread quickly throughout East Asia while paintball was developing in the U.S. during the early 1980’s. While airsoft normally focuses on realism and MilSim the paintball industry usually avoids direct analogies to the military and war. Paintball gameplay is normally geared toward a more spectator friendly form of speedball. The sport’s popularity quickly spread into Europe and eventually the U.S. Today it is rapidly gaining popularity in the U.S. and has won over many paintball players seeking more realistic gameplay and weapons.

HOW DO I KNOW IF AIRSOFT IS RIGHT FOR ME?

The sport of Airsoft is welcoming to children and adults and is a perfect way for the military, law enforcement, riflery, sports-shooting, and gun enthusiasts to train, target practice, play in realistic airsoft combat games, or simulate live military/law enforcement combat tactics. Airsoft guns are perfect for law enforcement training as well, as many airsoft guns are extremely realistic and feature realistic gun functions not available on “prop-guns,” allowing for more effective and realistic firearm-safety training. The realism of many airsoft guns, combined with their safety, reliability, low cost, and most importantly, the fun factor involved in playing with them are factors that make airsoft guns extremely satisfying to own for people from any and all walks of life, whether it be a family looking for a new, exciting action-sport to partake in or a law enforcement officer who wants to practice firearm safety and improve firearm handling without having to load up and head all the way out to a shooting range. As airsoft evolves into a growing global sport, more and more tactical military and law enforcement agencies around the world are also catching onto its benefits.

HOW SAFE IS AIRSOFT?

As a sport, Airsoft is every bit as safe, if not safer, than other action based sports. In fact, in comparison to Paintball guns, Airsoft guns are safer in that they shoot both smaller ammunition (generally 6mm airsoft BBs), therefore creating less energy upon impact and causing less harm to players. Because many airsoft players play organized games on fields (outdoors or indoors), they tend to follow more careful safety guidelines and overall, enhance the safety of the sport. General airsoft protection includes eye protection (face mask or goggles), body protection.