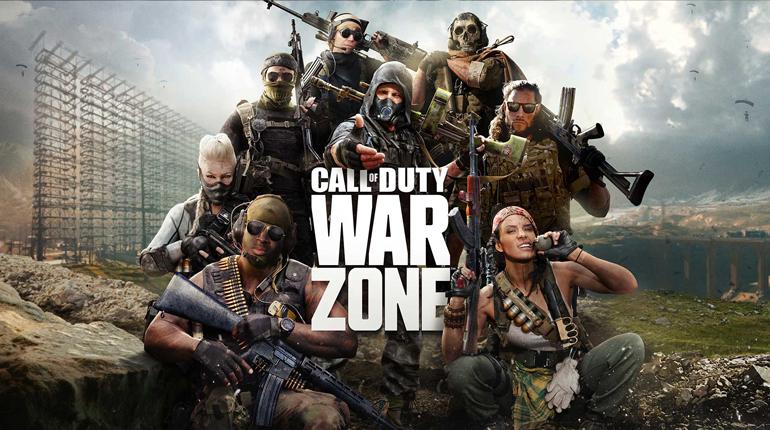 It really isn’t much of a secret that Call of Duty Warzone is by far one of the most popular First Person Shooter games on the market at the moment. It’s Free-to-Play model attracts millions of unique players on a daily basis, and many gamers clamour in their masses over the foray of weaponry found within the game. Players will spend hours searching for the best guns on the internet in a bid to improve their gameplay.

With this in mind, it shouldn’t come as much of a surprise that within airsoft, many players will look towards games such as Call of Duty Warzone as inspiration for their latest purchase. Furthermore, with such a wide range of weaponry on offer in the game, there really is a plethora of choice when it comes to picking your favourite.

Within Call of Duty Warzone, SMGs (Sub Machine Guns) are some of the most popular choices due to their high KDAs (Kills/Deaths/Assists) and relative ease to control. The same can be said in the airsoft world, where the SMG comes into its own due to its relatively lightweight profile, shortened size (which is a huge bonus in close-quarters engagements) and high rates of fire.

The MP7 is a personal defense weapon chambered for the HK 4.6×30mm armor-piercing cartridge designed by German defence manufacturer Heckler & Koch. It was designed (together with the new cartridge) to meet NATO requirements published in 1989, which called for an SMG-type weapon with a greater capacity to defeat Kevlar body armour (versus pre-existing submachine guns using conventional pistol cartridges such as .45 ACP and 9×19mm Parabellum).

The MP7 uses a short-stroke piston gas system as used on H&K’s G36 and HK416 in place of a blowback system traditionally seen on sub-machine guns including those by H&K.[ The 4.6×30mm ammunition is exclusive to the gun and offers low recoil. This ammunition is unique among submachine guns in that the bullet is made almost entirely of a hardened steel penetrator instead of softer copper or lead. The MP7 has a cyclic rate of fire of around 950 rounds per minute.

The H&K MP7 GBB features authentic H&K engravings on a compact frame. its realistic hard-kick blowback similates recoil for added realism. This PDW boasts consistent accuracy and excellent range despite its small size. Its other features include a two-position retractable stock with a very comfortable rubber butt pad, ambidextrous controls, accessory rails for optics and tactical equipment, and a folding vertical foregrip.

Known as the Socimi Type 821-SMG in the real world, the ‘Milano 821’ is a submachine gun manufactured in the 1980s by the firm of SOCIMI, Società Costruzioni Industriali Milano, SpA located in Milan, Italy.

At a first glance the Socimi Type 821-SMG appears to be an outright Italian copy of the Israeli Uzi, although the design sports many differences and improvements over the original project. The firm of SOCIMI had been active in the railway building sector since the early 1970s; in 1983, it entered in a joint venture with the historic firearms manufacturer Luigi Franchi S.p.A. (which later, specifically in 1987, would have outright taken over) to concentrate on the military weapons business.

While not an exact copy of the ‘Milano 821’, the Umarex Zombie Hunter offers a cost-effective way to allow you to imitate the look of the SMG immortalised in Warzone. Unlike more expensive options on the market, the Umarex Zombie Hunter is powered by six AA batteries (not included), making it a highly cost effective entry weapon to get you into airsoft. The gun itself looks great in our opinion, and the fluorescent coloring makes it perfect for younger airsoft players looking to get into the sport.

Known as the KRISS Vector in the real world, the ‘Fennec’ is modelled on a series of weapons based upon the parent submachine gun design developed by the American company KRISS USA, formerly Transformational Defense Industries (TDI). They use an unconventional delayed blowback system combined with in-line design to reduce perceived recoil and muzzle climb.

The Vector uses an articulated mechanism referred to as the “Kriss Super V,” which allows the bolt and an inertia block to move downward into a recess behind the magazine well. The theory is that at the end of this travel, the energy is transmitted downward rather than rearward, thus reducing the felt recoil. When fired, the barrel axis is in line with the shoulder as in the M16 rifle, but also in line with the shooter’s hand. This is intended to reduce muzzle climb when combined with the off-axis bolt travel, though it also greatly raises the sight line in comparison to the bore axis. The initial prototype model by TDI achieved a rate of fire of 1,500 rounds per minute, though this was brought down to around 1,200 rounds per minute on the production models.

The KWA RONIN is honestly an all singing, all dancing airsoft gun, offering all the things you would expect of a premium airsoft gun. Featuring a full metal receiver, an MLOK rail and a PTS Enhanced Polymer Stock, the KWA Ronin differs slightly from the ‘Fennec’, however, we think it looks even better than it’s CoD counterpart. Furthermore, the KWA RONIN offers some brilliant systems in the KWA Kinetic Feedback System, which simulates recoil and the Variable Performance System which allows for quick and simply FPS adjustment.