What Are the Advantages and Disadvantages of GBBs? 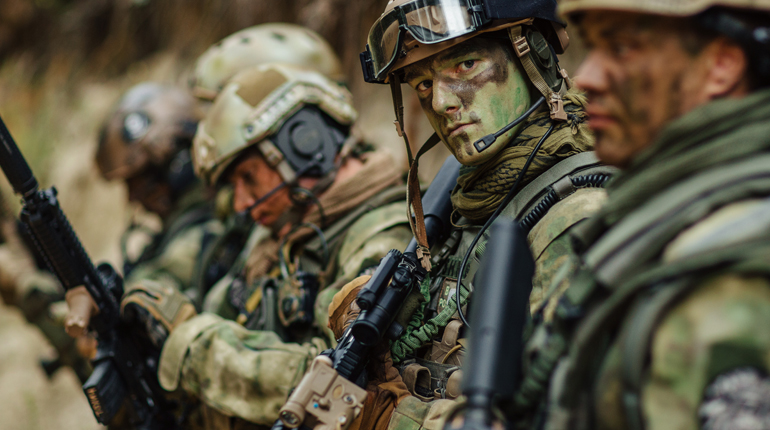 While the term ‘Airsoft Gun‘ is all-encompassing, it doesn’t take into account the various different types of airsoft gun under the umbrella term. Just like cars can run on either gas, diesel or electric now, airsoft guns can be powered in a number of different ways. Generally, you’ll see three main designations – AEGs, GBBs or Spring powered. Furthermore, there are a number of tank powered offerings now such as Polarstar products, as well as simpler C02 canister offerings.

While AEGs are definitely the most popular, GBBs (which stands for Gas Blowbacks) have grown in popularity in recent years due to advances in technology. Airsoft Gas Pistols have long been in use, however, Airsoft Gas Rifles were plagued with issues in their early years due to temperature changes. In cold weather, users would find that the gas would freeze, causing reliability issues, while in hot weather, the gas would heat up, causing issues in regard to FPS (with GBBs firing ‘hot’ – essentially meaning they would exceed FPS limits).

However, in today’s market, GBBs are far more reliable and are very much a good option for those looking for a more realistic approach to their airsofting. So with that in mind, this month we will take a look at the pros of tossing your trusted AEG to one side and picking up a shiny, new GBB!

The biggest selling point for GBBs, in our opinion, is the fact they are far more realistic than their AEG counterparts (excluding PTWs – or personal training weapons). GBBs function essentially like real firearms, with the user having to ‘cock’ the GBB using the charging handle, and press the forward assist.

Furthermore, due to GBB magazines having to house a gas tank, ammo limits are much smaller – with the majority being IRO 30-60 bbs per magazine. Therefore, for those of you looking for a realistic airsoft experience, looking towards a GBB might be the perfect idea!

Somewhat linked to the realism aspect, GBBs are insanely easy to strip down compared to their AEG counterparts as they do not make use of a gearbox. Instead, These gas guns use an internal canister (usually within the magazine) that upon trigger-pull releases the prefilled bottled gas via a series of valves to propel the pellet and generate a blowback, which simulates recoil and cyclically loads the next shot.

While we cited this as a potential problem in earlier GBB rifles, being able to essentially change your FPS without having to change any internal parts is a massive bonus in some regards. Due to GBBs being powered by gas, the user simply needs to change the gas used to adjust the FPS. This becomes highly useful when living in America, with different states often having different FPS limits.

Furthermore, it allows you to essentially change the use of your GBB. Many people will have various different front receivers and rails to swap in and out, and the ability to vary FPS based on gas allows you to get a bit more creative. For example, should you want to use your GBB as an assault rifle, simply run ‘green gas’. However, if you feel like a day of sniping, you could easily turn what was an assault rifle into a DMR (designated marksman rifle) through using another gas.