Shotguns on a Budget! 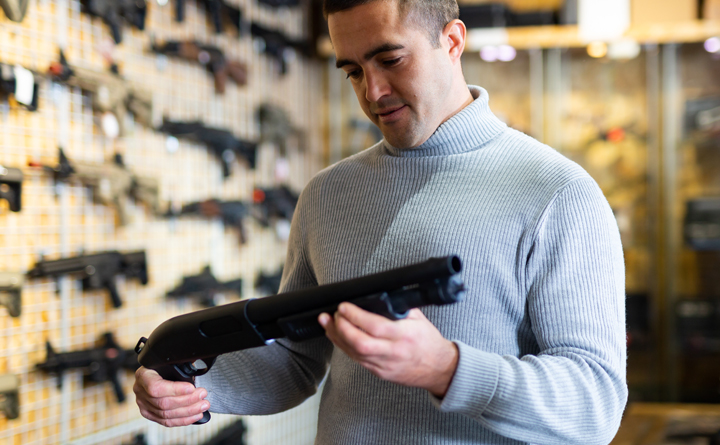 Shotguns on a Budget, the Best from Double Eagle.

When it comes to spicing it up on the skirmish field a little, you’ll find nothing quite as fun as running around with a shotgun. The ergonomics of a shotgun simply change up your play style, and there’s honestly nothing quite as satisfying as cycling a shotgun while advancing on the enemy.

It’s a fair assumption that most people will have some form of sidearm, usually in the form of a pistol, but not necessarily shotguns. Yet, you can easily add a shotgun to your armory at different price points for a surprisingly small amount.

One brand that stands out in the shotgun market is Double Eagle, which produces a range of budget options that won’t cost you an arm and a leg. While their products aren’t exactly performance monsters, if you’re looking for something to spice up those pistol and shotgun games or simply want something new for the armory, you won’t find much better for the price point!

WHO ARE DOUBLE EAGLE

Double Eagle is a global airsoft gun manufacturer that specializes in affordable airsoft guns for any level of player. Despite their low-price point, Double Eagle does not compromise on quality – their airsoft weapons are game-ready after being tried and tested by industry leaders.

Constructed entirely from polymer, this $29.99 shotgun fires a single shot for every pump. The Polymer shell features a full-length top rail, a trigger lock safety, a rear sling swivel, and a 14rnd box style Magazine. Ideal for close encounters. This M309 is a great lightweight secondary weapon and really comes into its own when you’re up close and personal.

There is an adjustable hop-up, which, to be fair, needs replacing as we didn’t get hardly any results by either increasing or decreasing the hop-up, but you can forgive that when you consider that the M309 is a mere $29.99!

Yet another example from the factory of Double Eagle and again constructed entirely from polymer, the M401 is light if nothing else. You don’t get a whole lot for your money, but for under $24.99, it really does not matter. Externally, there is an adjustable hop-up unit, a full-length top rail, and a textured pistol grip. The shotgun is loaded via a 20-round compact magazine and again delivers 1 BB on target every time the shotgun is cycled.

It’s another great example of a no-frills shotgun that’s sub $30.00, but we can’t help but think that this is one example that we suggest you ignore as a “serious” airsoft blaster as the range and accessories are poor, to say the least.

It is arguably one of the better shotguns with a sub $30 price tag. This shotgun is just as capable in a CQB environment as on a woodland field. A single-barrelled BB gun that’s more than accurate shot after shot. The M58A is easy to use and has more than ample power. The shotgun is fully ambidextrous and has a rear under-stock mount and a front ambidextrous sling mount point. Based on the tactical shotguns used by police and military units in the 1970s and 1980s, this Airsoft shotgun features a separate stock and individual pistol grip, offering users an ergonomic and stable way of carrying, aiming, and shooting.

On the Just Airsoft Guns category product pages, you can see our full range of Airsoft Guns and Airsoft Gear, all at great low prices.