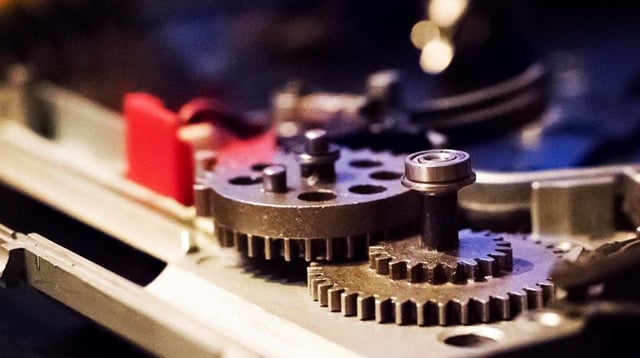 Modifications in the United States are almost part and parcel of the airsoft community. With such a large love for all thing’s firearms, airsofters in the United States have more access than any other country to parts and the equipment needed to attach those parts than their European counterparts. With such a thriving aftermarket trade in the United States, it comes as no surprise that airsofters on this side of the pond like to make a number of modifications to their airsoft rifles and airsoft pistols, from simple tweaks to increase accuracy through to more widespread appearance changes.

With that said, whether you want to tinker with the insides of your AEG for more performance or simply want to fiddle with the appearance of your trusted airsoft gun, you’re going to need a range of different tools to ensure you can perform the task at hand with little to no issues. When looking towards airsoft tools, it’d be quite easy to simply think one set of tools will do the job, however, with the vast array of different modifications you can make to an airsoft gun, you’re going to want two separate toolkits – one for while you’re at games to fix any little issues during a day’s gaming and one for when you’re at home and want to take part in some bigger jobs.

Having spoken about the American firearms market previously and their love for aftermarket parts, we thought we’d take a look at the ‘Workshop’ first – with a number of adjustments often having to be made with ‘real-steel’ parts compared to their airsoft counterparts. As always, we recommend that before spending a fortune on workshop parts, you ensure this is not only something you are capable of doing, but also that you have the patience to do so!

When it comes to putting together an ‘Airsoft Workshop’ you’re going to want to take a number of tools into consideration dependant on the level of work you want to achieve. Don’t forget, the workshop is where you’ll do the majority of your tinkering – and in turn, all the serious work you’ll put into your airsoft weapons. At this point, we’ll point out that we’re not talking about lathes, mills, pillar drills and the like. What we’re on about is the tools that are relatively cheap to buy and allow you to do 99% of the work you’ll ever need to do on your guns.

Screwdrivers (including a long Philips screwdriver)

OK, the small screwdrivers you’ve got on your multi-tool will probably do the job, but if you’ve got a set of full-sized screwdrivers it makes life a whole lot easier. Don’t just look at standard length screwdrivers as well – a long shaft Philips driver is incredibly useful (especially for dealing with the screw that holds M4 and M16 stocks in place).

You’ll need the same selection of Allen keys as in your field toolkit, and 99% of the time they’ll be metric ones. However, if you have a habit of buying US-made accessories then you’ll have to invest in a set of Imperial Allen keys as well – it’s far better to use the right tool for the job than it is to bodge the job and end up with damaged parts!

Yes, you still find a few of these on some Airsoft guns (Tokyo Marui gearboxes being a good case in point). A small set, of sizes T5 to T20, will do the job!

Given that we’ve been talking about how to remove various screws above, we also need to talk about keeping them in place, and that’s where the Loctite comes in. Just one thing to note. Do not, and we really mean this, use a stud locking compound – you want a thread locking compound!

You’re going to need to use pliers at some point, so you might as well get a decent pair of them to start with, otherwise, it’s going to be a case of “buy nice, or buy twice”

You’ll find a fair variety of pins on many Airsoft guns, either standard or roll pins. The easiest way to screw up and make a mess of the surface finish of your Airsoft gun is to try and punch out a pin with the wrong tool (when you try and bodge the job, such as using the end of a small screwdriver, there’s a high risk of it skipping off the end of the pin and gouging the body), so spend a few dollars on the right tools for the job. The roll pin punches have a small dimple in the middle of them so the punch is correctly centered on the roll pin.

Used in conjunction with the punches we talked about earlier, a bench block makes it easy to drive a pin out of its housing – especially on rounded surfaces (due to the vee machined into the bench block).

You really can’t beat a good bench vice when it comes to a “helping hand” when working on Airsoft guns. Be it holding a small component that needs filing slightly so it fits perfectly, or in conjunction with the G&P RIS clamp listed below, you’ll find a thousand uses for a vice. Buy a decent one (say, from Record) and it’ll probably outlast you! It’s also worth getting some magnetic soft jaws for it as well, so you don’t mark the surface of whatever you’re working on.

An incredibly useful bit of kit if your gun has a RIS unit on it is this RIS clamp from G&P. Used with the vice, it allows us to mount a RIS equipped gun in the vice for working on, and we’ve also used it to align RIS units with receivers as well.

These are both a godsend and a curse at the same time. You can remove a lot of material quickly with a Dremel, but you can also remove far too much material just as easily. Use with care…

Some people will just charge in with a Dremel and try to do the job in one fell swoop. However, if working on particularly small fiddly jobs, or on certain materials (i.e. ABS plastic), you can screw things up very quickly with a power tool. The answer is the old school method of using a selection of small files. They needn’t cost a fortune either!

OK, sometimes you just need to use a bit of force to remove (or fit!) a component, and this is where the dead blow hammer comes in. The plastic head on it means it is less likely to damage whatever your hitting and the fact it’s shot filled means it won’t rebound like a steel hammer would.

A very useful bit of kit for diagnosing electrical problems in an Airsoft gun. As with the needle files mentioned earlier, if your budget won’t stretch to much, you can still find some cheap ones around that will do the job.

If you’re the “team tech”, then at some stage you’re going to end up changing motor pinion gears. Yes, there are ways to bodge the job, but if it’s something you’re going to end up doing fairly regularly then getting the right tool for the job will make life a lot easier. There are a few around at different price points, so you should be able to find one that fits your budget ($45 for the G&P one, $16.50 for the equivalent from Element – there are a few others around as well)

Very useful if you do a lot of work on gearboxes. This tool makes removing and fitting bushings and bearings easy – and you’re guaranteed to put them incorrectly (i.e. flat, and not at an angle!)

If you’re a fan of gas guns then you’re going to want the correct gas valve tool to enable you to remove and replace the valves in your magazines (be it for servicing, replacing a blown O ring, replacement with upgraded valves, etc). As most manufacturers use different valves, make sure you purchase the correct tool for your guns.

Whether you’re replacing the wiring in your AEG or moving from Tamiya connectors to Deans connectors, you’re going to need a soldering iron. You don’t need to break the bank on this, you should get one for less than $20. OK, it won’t be the greatest in the world but it will do the jobs asked of it with no issues.

Occasionally you’re going to need to glue something, so a small tube of Super Glue (or any other Cyanoacrylate adhesive) is no bad thing to have laying around. Try to keep it for small repairs though….

Depending on what guns you use you’ll have requirements for different types of lubricants. At the very least (if you stick to the old Marui standards) you’ll need silicone grease for the cylinder and piston head O ring and gear grease for pretty much everything else. However, if you’re running a PolarStar Fusion Engine you’ll be wanting Tech-T Gun Sav grease, or maybe you’re one of those people that runs liquid Froglube in your gas blowback guns. Some people also use Super Lube Grease for everything!

This is one of those areas where you can spend a fortune if you’re not careful as they are generally designed for a very specific purpose. Such tools can be for barrel nuts, specific RIS units, alignment tools, receiver mounting blocks, handguard removal tools. The list is almost endless!

OK, why is this on here? Well, because it’s still a tool. Keeping your barrel sparkly clean will aid accuracy, and it’s a quick job so there’s no reason not to do it. The bog stand Marui plastic cleaning rod and some cloth cut into strips does the job just fine, and unlike the KM multi-part metal cleaning rods, there’s no chance of you gouging the surface of the barrel.

Take a look at our airsoft gear for everything you need…